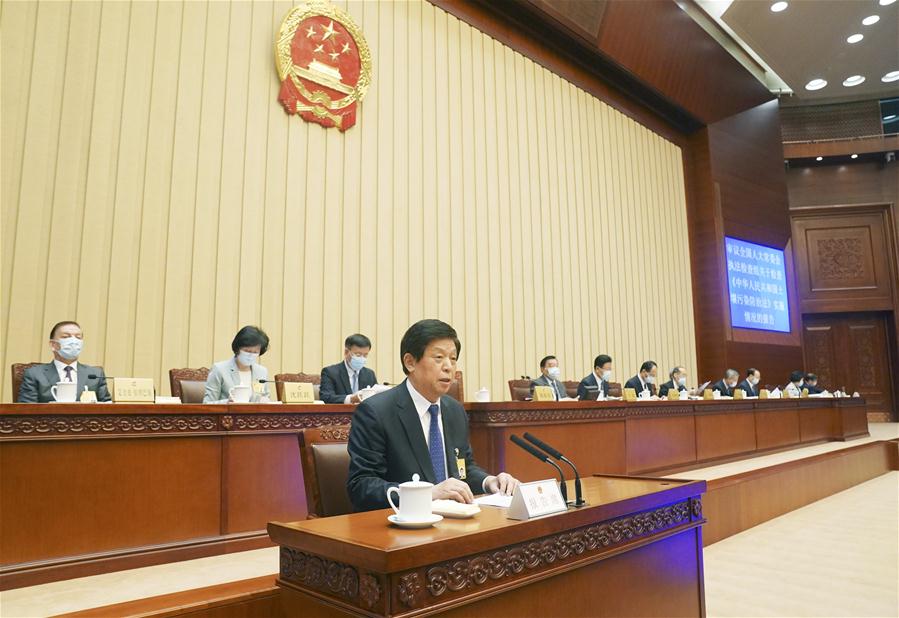 Li Zhanshu, chairman of the National People's Congress (NPC) Standing Committee, delivers a report on the enforcement of the Law on the Prevention and Control of Soil Pollution at the second plenary meeting of the 22nd session of the 13th NPC Standing Committee in Beijing, capital of China, Oct. 15, 2020. (Xinhua/Liu Weibing)

China's top legislature convened a meeting on Thursday to hear multiple reports, including a report on the enforcement of the Law on the Prevention and Control of Soil Pollution.

When delivering a report on the enforcement of the Law on the Prevention and Control of Soil Pollution, Li said the inspection was aimed at giving full play to the role of people's congresses in solving two major problems: the safety of agricultural products and people's living environments.

Effective measures have been taken to curb the escalation of soil pollution and ensure the overall stability of China's soil environmental quality, Li said, warning that the country still faces a grim situation in this regard.

Lawmakers also heard a report on the enforcement of the Charity Law and reviewed several reports concerning the management of state-owned assets.

Legislators also deliberated a report on improving civil adjudication in courts to ensure sustained and healthy economic and social development, and a report on procuratorates' use of clemency for suspects and defendants who cooperate fully. Enditem