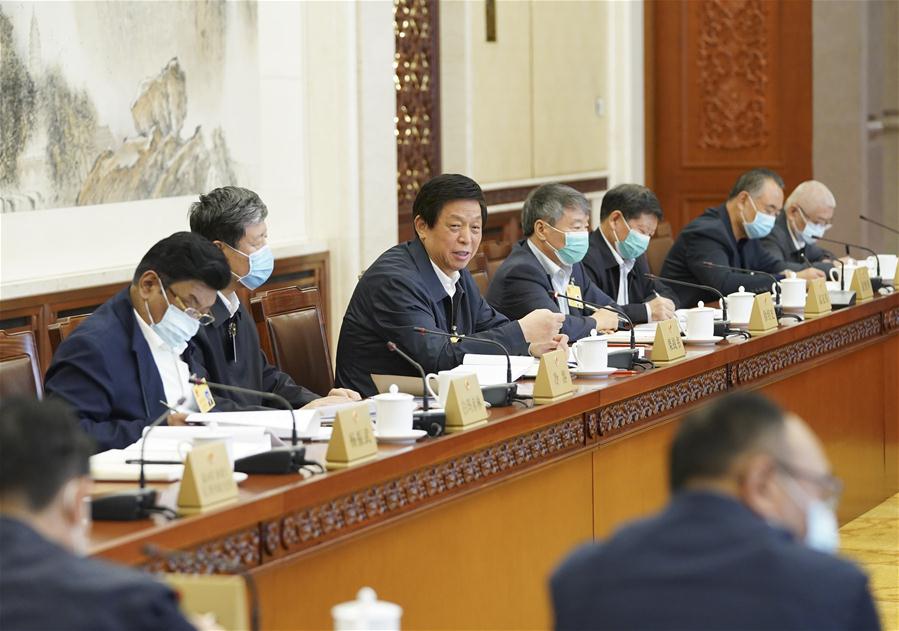 Li Zhanshu, chairman of the National People's Congress (NPC) Standing Committee, joins lawmakers in group discussions during the ongoing session of the NPC Standing Committee in Beijing, capital of China, Oct. 14, 2020. Chinese lawmakers Wednesday held the discussions to review bills including draft amendments to the National Flag Law and the National Emblem Law and a draft Yangtze River conservation law. Lawmakers also discussed a draft amendment to the Electoral Law of the NPC and local people's congresses. (Xinhua/Liu Weibing)

China's top legislator has urged the deputies to the National People's Congress (NPC) to put the people first, rely on the people, work for the people's well-being and maintain close contact with them in all respects while performing their duties.

Li Zhanshu, a member of the Standing Committee of the Political Bureau of the Communist Party of China Central Committee and chairman of the NPC Standing Committee, made the remarks Wednesday at a symposium with 51 NPC deputies, most of whom come from the grassroots levels, on the sidelines of a legislative session that opened Tuesday.

At the symposium, Li stressed the importance of close ties between the lawmakers and the people, asking the deputies to connect with the people more closely and continually.

He underscored the need to make full use of the systems, mechanisms and working platforms connecting the deputies with the public.

Li also called on the deputies to actively help solve hot topics and difficult issues of common concern to the people. Enditem