* China has been sending students from Xinjiang to study in vocational schools in east and central provinces and municipalities since 2011 to promote the training of talent from all ethnic groups in Xinjiang.

* Teachers from the Changxing Vocational and Technical Education Center School in east China's Zhejiang Province pay home visits, some 5,000 kilometers away in Xinjiang, every year to address their students' difficulties.

* A total of 543 Xinjiang students have graduated from the school since 2011, and become police, teachers, entrepreneurs, college students, soldiers and workers. 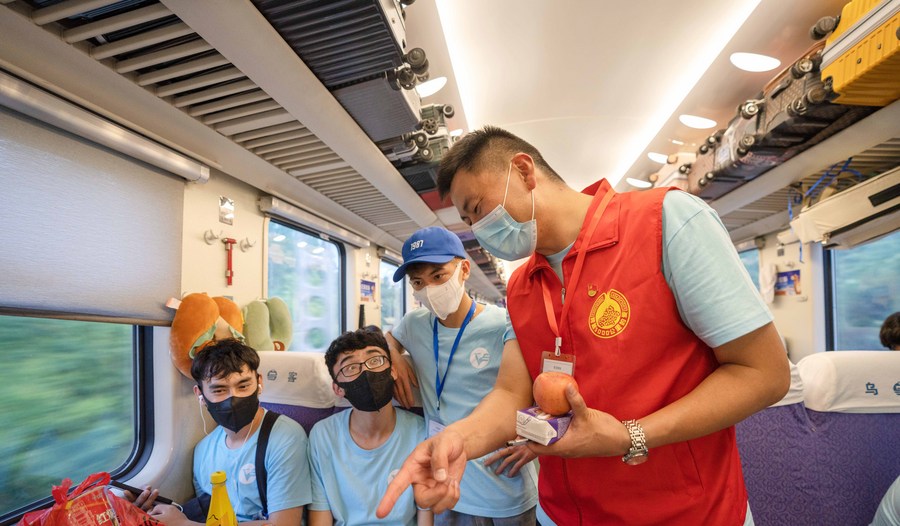 After finishing the school year in east China's Zhejiang Province in early June, over 200 students from Xinjiang Uygur Autonomous Region some 5,000 kilometers away embarked on their homeward journeys.

More than 20 teachers from the Changxing Vocational and Technical Education Center School also boarded the train. They were not only chaperoning the trip, but were also planning to visit their students' homes.

Gu Hailin, vice headmaster of the school, has been accompanying students on the same trip for more than a decade. Over the years, Gu has left footprints across both sides of the Tianshan Mountains, as the students hail from every part of Xinjiang.

"We hope to address the students' difficulties and their parents' concerns to the extent of our abilities during those home visits," Gu said.

Merdang Nurmemet from the SOS Children's Village in Urumqi was among the 81 Xinjiang students to graduate from the school in 2022.

"After the high school entrance examination, the teachers in the children's village suggested that I apply to a secondary vocational school, so I would not have to worry about tuition and living expenses," said Merdang, who was orphaned at an early age.

The central government and the county government of Changxing respectively allocate 10,000 yuan (about 1,483 U.S. dollars) and 7,500 yuan per student every year. Students from Xinjiang not only enjoy free tuition, accommodation, food and school uniforms, but also receive a government grant of 200 yuan per month. 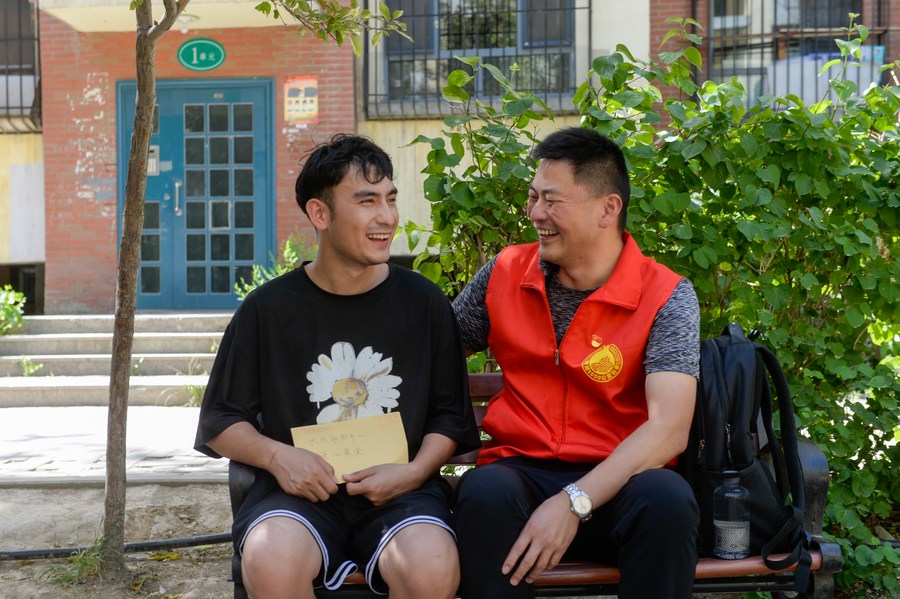 Statistics from the Changxing vocational school show that 543 Xinjiang students have graduated since 2011, among whom 38 became police, five became teachers, 15 started businesses, 98 were admitted to colleges, and 16 joined the army. The majority of other Xinjiang students began working at various enterprises.

When revisiting Hayisarjan Tahir in Xinjiang's Hui Autonomous Prefecture of Changji, Gu proudly proclaimed his former student to be "one of the school's most outstanding graduates."

Hayisarjan studied electrical and electronic application and maintenance at the school from 2014 to 2017. Now 26 years old, he works as an engineer for a tech company. His teachers can still recollect how impressed they were by his talent for hands-on work and his strong practical ability.

Hayisarjan recalled that one evening, after study, his classmates were watching a movie in a dark classroom. Sitting in a corner, he was adjusting a remote-controlled model under the dim light of a table lamp.

The headmaster and Gu passed by and saw him.

"The two teachers entered the classroom and talked to me. The next day, Gu called me into his office and asked me if I was interested in running a remote control studio," Hayisarjan said.

He accepted the offer without much hesitation. In three days, an office equipped with desks, chairs and computers was readied for his use. He recruited a team and began designing works, attracting more than 10 million views on a short-video sharing platform.

After graduating, he enrolled in the Urumqi Vocational University. Upon graduation, his studio's short videos helped him stand out and win the chance to work at one of China's largest tech companies.

Seeing his old teachers again, Hayisarjan said, "After graduating years ago, I hardly expected the teachers to visit me thousands of kilometers away. The feeling of being valued and cherished moves me a lot." 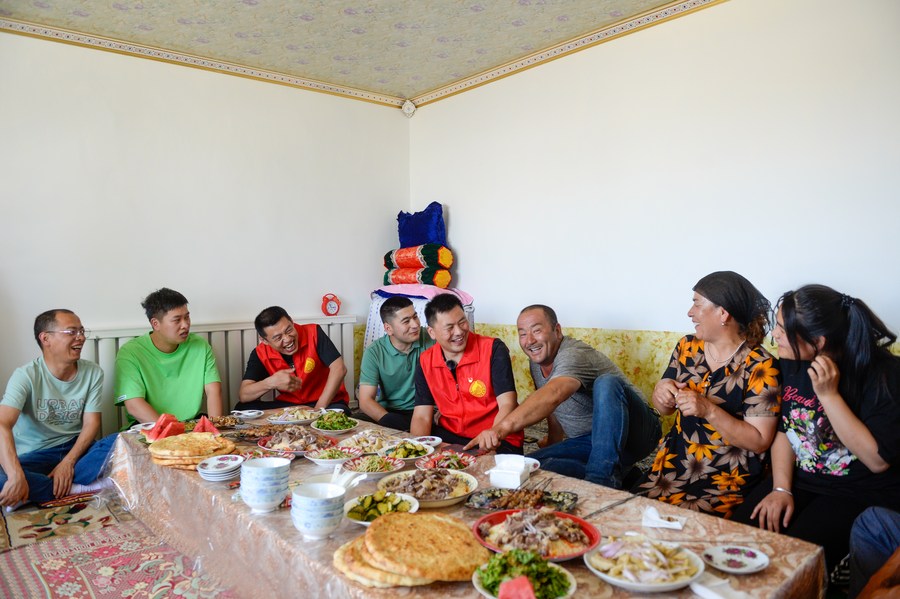 Abdureshit Ablimit from Zepu County has been running an adhesive tape factory in hometown since graduation from the Changxing vocational school in 2014. The factory now has annual sales of more than 10 million yuan and employed a dozen villagers.

"I hope to set up a special scholarship in the school to help Xinjiang students," he said.

Since 2011, the central government has been supporting students from Xinjiang to study in 33 vocational schools in east and central China's nine provinces and municipalities rich in educational resources, so as to further promote the training of talent from all ethnic groups in Xinjiang.

At the Changxing vocational school, courses for Xinjiang students are adjusted every year according to the demand of the local job market. This fall, 95 new students will study industrial robotics, new energy vehicles (NEVs), and tour guide services and management.

"I hope the incoming students can learn something at our school and, in return, contribute their knowledge and skills to their hometowns and society," Gu said.