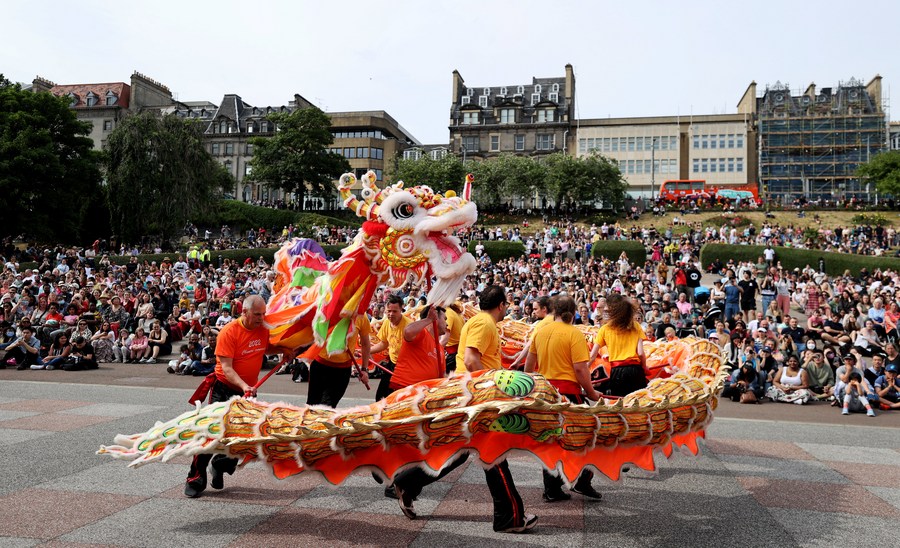 Performances put on by the Chinese community in Edinburgh, such as festive dragon and lion dance, colorful ethnic dance, exhilarating drumming and swordplay, drew waves of roaring applause.

More than 800 performers from around the world, including over 300 from China, on Sunday afternoon brought back the spectacle of the Edinburgh Festival Carnival, as the main thoroughfare of Edinburgh, Scotland's capital, was filled with music and color.

After a two-year absence due to the COVID-19 pandemic, Scotland's largest and most flamboyant multicultural event returned with a vengeance.

The performers presented music, dance, costumes, giant puppets and circus acrobatics in a grand parade along the Princes Street in the heart of Edinburgh, with tens of thousands of spectators cheering them on.

Their subsequent cultural performances at Princes Street Gardens against the backdrop of the iconic Edinburgh Castle also attracted large crowds.

Performances put on by the Chinese community in Edinburgh, such as festive dragon and lion dance, colorful ethnic dance, exhilarating drumming and swordplay, drew waves of roaring applause. 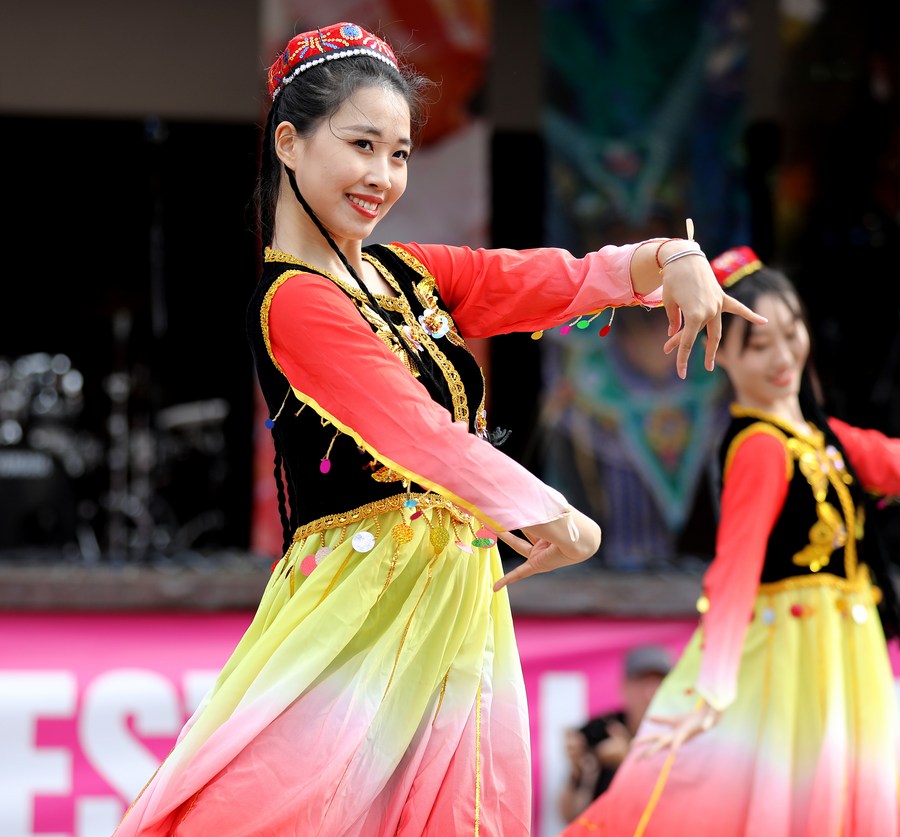 "It's great to see so many people celebrating and to have such large crowds enjoying a big cultural experience. It's really exciting to have such a mix of different performers and to get back to that sense of normality and sense of celebration," Alison McVeigh, a local resident among the crowds, told Xinhua.

McVeigh said she and her friends enjoyed the dragon dance and were impressed by the Chinese ballet dancers in the procession.

The carnival is an annual event organized by the Edinburgh Jazz and Blues Festival which was set up in 1978, and marks the beginning of Edinburgh's Summer Festival season when a series of festivals will last from mid-July till the end of August.

"The Chinese performance is absolutely fabulous. It's really exciting to see so many performers, around 300 this year from China. It's something we want to build on for the future," Councilor Jason Rust, chair of the Edinburgh Jazz and Blues Festival, told Xinhua.

Rust said the Chinese presence in this multicultural event helps create a diverse society. "Through art and music, it's a good way to bring people together and share that understanding."

Yu Lyuxian, a graduate student majoring in film curation at the University of Edinburgh, was thrilled by the warm response from the audience when she and her teammates performed Tibetan dance.

"I think this is a good way to integrate into the local cultural and artistic life in Scotland, and it is also a good opportunity to confidently show our own culture," Yu said.

Hannah Dawson, a local resident and a lion dance performer, told Xinhua that she loved this traditional Chinese dance and has been practicing it for around 10 years.

"It's a lot of fun and it's really good exercise," she said, adding "Because I'm doing it, my parents are getting more interested in China and Chinese culture, and my friends now know more about Chinese culture than they did before." 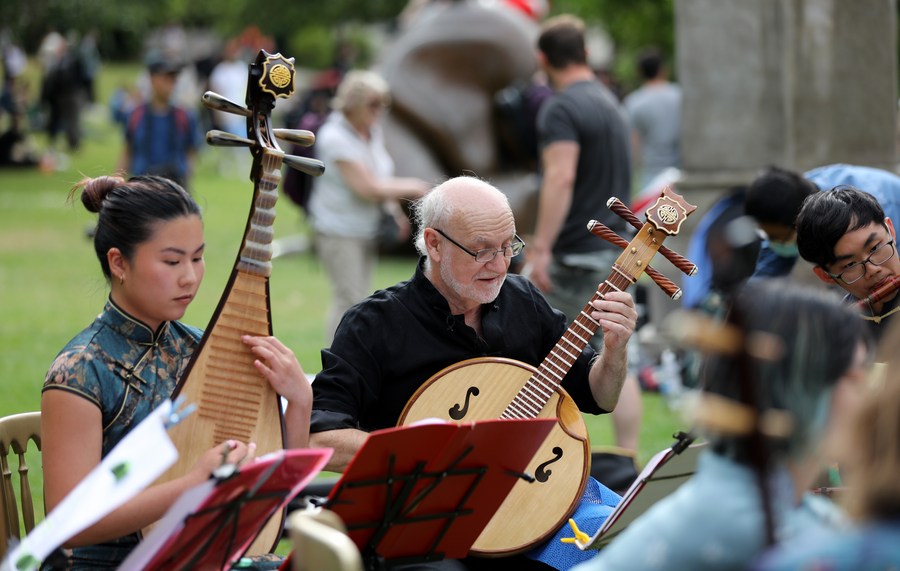