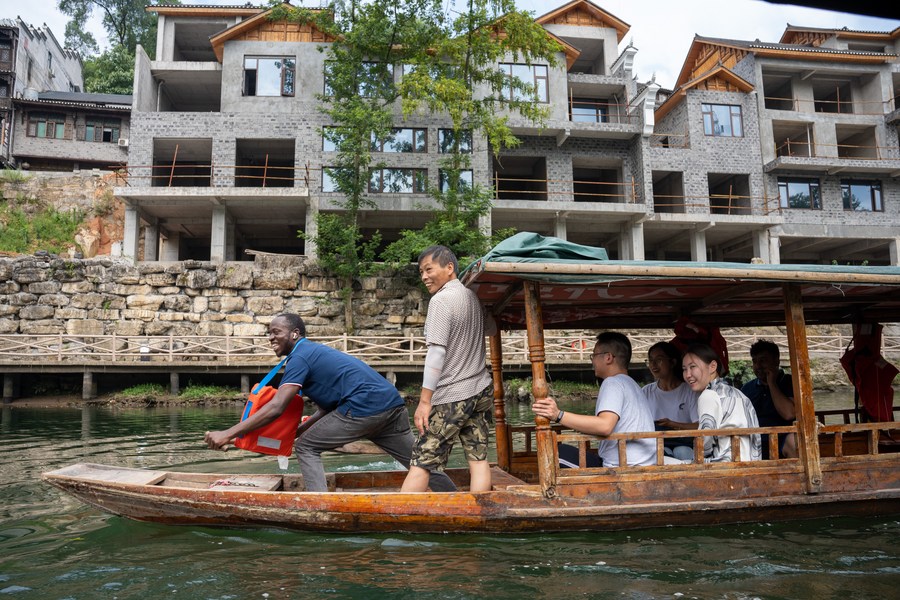 Dressed in a traditional Chinese Miao ethnic costume, Iraqi student Murtadha Qays Kadhim sits at the loom for the first time and carefully stabs the fabric with a needle.

In July, Kadhim and 11 other students from Central South University, in central China's Hunan Province, came to the village of Shibadong. Rural vitalization has brought rapid development to traditional ethnic hamlets in these mountainous regions.

Miao clothing is an important part of Miao ethnic culture. The Miao embroidery, a traditional skill passed down from generation to generation by the ethnic group in the rural region of Xiangxi Tujia and Miao Autonomous Prefecture, has been included in the national intangible cultural heritage list. 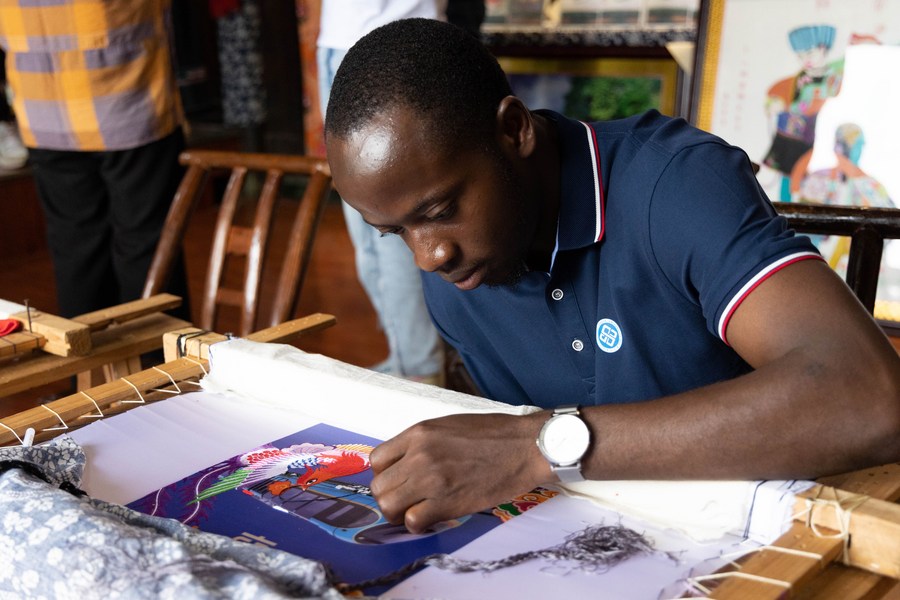 "The clothes are so nice-looking and fashionable. They should be made visible to the world," said Kadhim. The fingertip skills inherited by generations of ancestors have become a way for local people to acquire wealth.

With the help of the country's poverty alleviation programs, Shi Shunlian, 68, former Party chief of Shibadong Village, realized the integrated process of Miao embroidery covering design, production, processing, and sales. The production workshop she set up, which also serves as a training center, has created many jobs for women in the village.

According to Shi, the products of Miao embroidery are no longer confined to traditional patterns and functions but have gradually developed towards artistry and commercialization, such as handbags, earrings, bookmarks, and fans.

At the home of villager Shi Basan, Nepali student Ghimire Prateek greeted her in the Miao language he had just learned. The house has refrigerators and other electrical appliances, while bacon and chilies hang on the beams.

Changes in Shi Basan's family are the epitome of how the villagers of Shibadong are enjoying a better life. Targeted poverty alleviation campaigns since 2013 have further opened new horizons for Shibadong.

Newly built country roads have linked villages enveloped in the mountains, and highways have connected them to the outside world. The village's industries have been branded, tourists are coming in droves, and young people who work outside the area are returning.

From a conservative and poverty-stricken Miao village to an open and prosperous village, Shibadong gives inspiration to overseas students. "It is a good example for the whole country, and people in other countries can learn much from it," said Prateek. 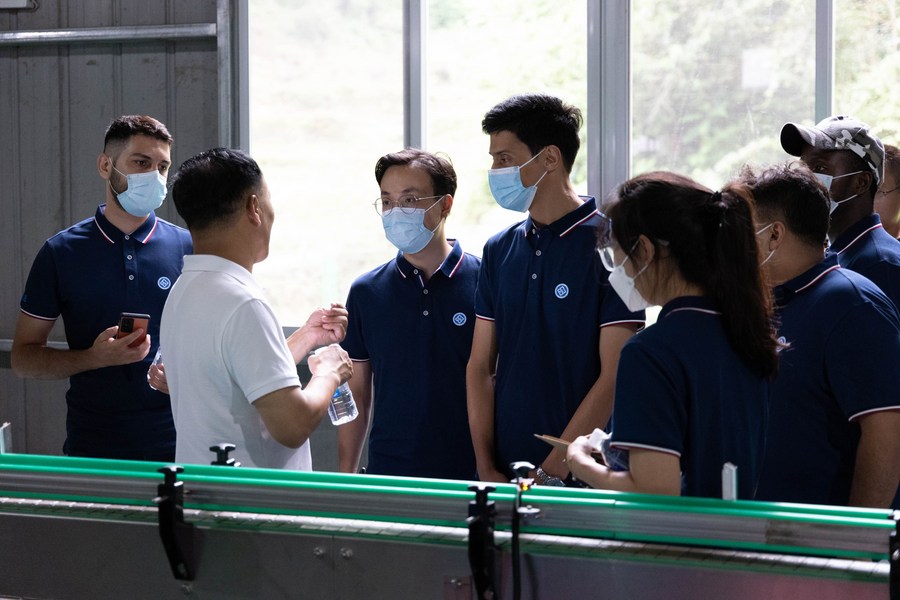 Ten years ago, a bridge linking Xiangxi to neighboring cities opened to traffic. At the end of 2021, a new railway opened, whereby it only takes eight hours to travel from Beijing to Fenghuang, a famed tourist destination in Xiangxi.

With facilitated transportation, local tourism is booming, and more people outside the region have access to learn about Miao embroidery and culture.

"China is building modern bridges across the mountains to lift impoverished areas out of poverty. I want to apply the lessons I learned here to help build my hometown," said Emami Ahmad Wali, a student from Afghanistan. -