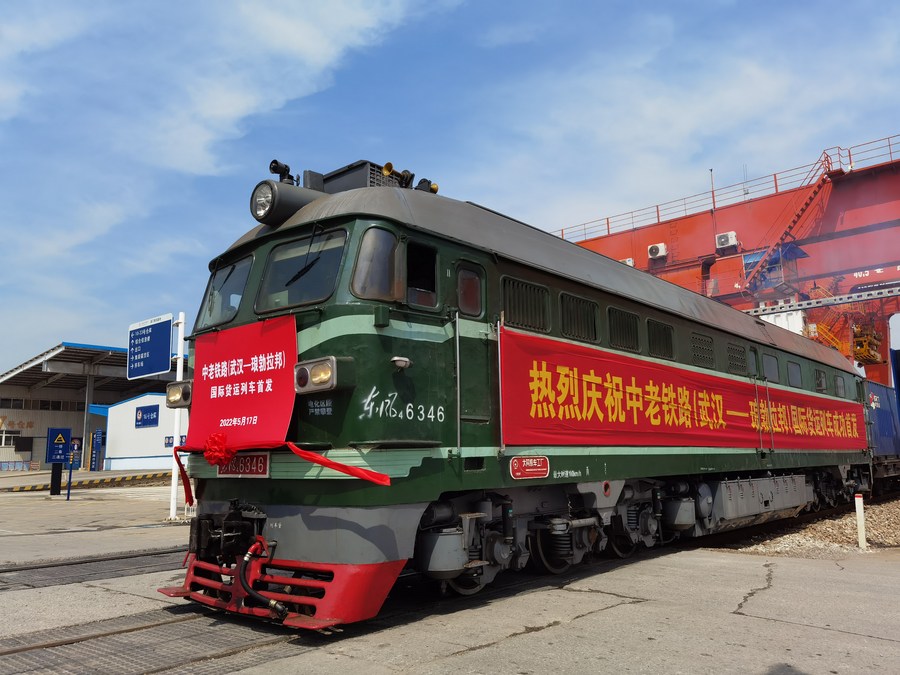 A freight train to Laos' Luang Prabang departs from a logistics base in Wuhan, central China's Hubei Province, May 17, 2022. (Xinhua/Wang Xian)

Central China's Hubei Province saw its foreign trade exceed 290.91 billion yuan (about 43.1 billion U.S. dollars) in the first half of 2022, a year-on-year increase of 18.4 percent, according to local customs.

In the first half, the province's exports rose 27.9 percent year on year to 193.66 billion yuan, while imports increased 3.2 percent to 97.25 billion yuan, data from Wuhan Customs shows.

Hubei's trade with the Association of Southeast Asian Nations (ASEAN), its largest trading partner, topped 43.11 billion yuan in the first half of the year, accounting for 14.8 percent of the province's total.

Vietnam, Malaysia and Thailand are the three ASEAN members with the highest trade volumes with Hubei, respectively occupying 24.2 percent, 19.1 percent and 15.7 percent of the province's total trade with the ASEAN. -