"Ice Cube" will be open to public in April 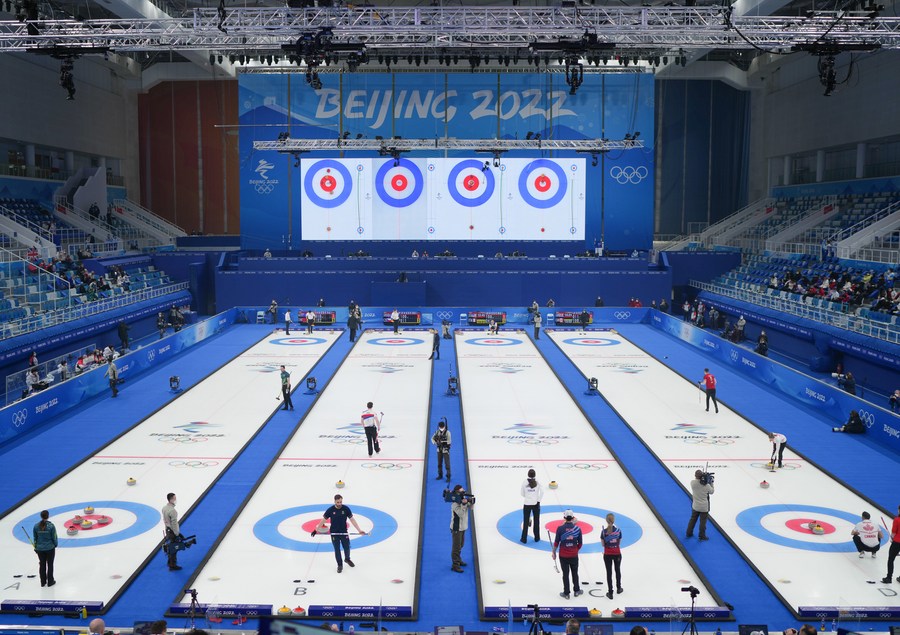 Beijing 2022 legacy "Ice Cube" will be open to the public in April.

The National Aquatics Center or "Ice Cube" which hosted curling events during Beijing 2022 will be open to the public in April this year.

Yang Qiyong, general manager of the Center, told Xinhua on Sunday that its Winter Olympic image landscape, spectators stand, and the curling rinks are fully preserved for post-Games visits, while mascots "Bing Dwen Dwen" and "Shuey Rhon Rhon" will still be present.

It will offer the public the taste of the Olympics and help to spread Winter Olympic culture. Posters, work dairies, and publicity materials were collected to promote the spirit of Beijing 2022 volunteers, and the Olympic pin market which witnessed a lot of joy of sharing will remain open for fans, Yang said.

However, the curling rink will be shifted back to the swimming pool in June as a "Water Cube", while the amusement park and the transformed warm-up swimming pool will also welcome the public before the summer vacation.

The underground ice sports center on the south side of the "Ice Cube" will be open to the public for the first time in May.

At the end of the year, the center will once again host international curling competitions. -