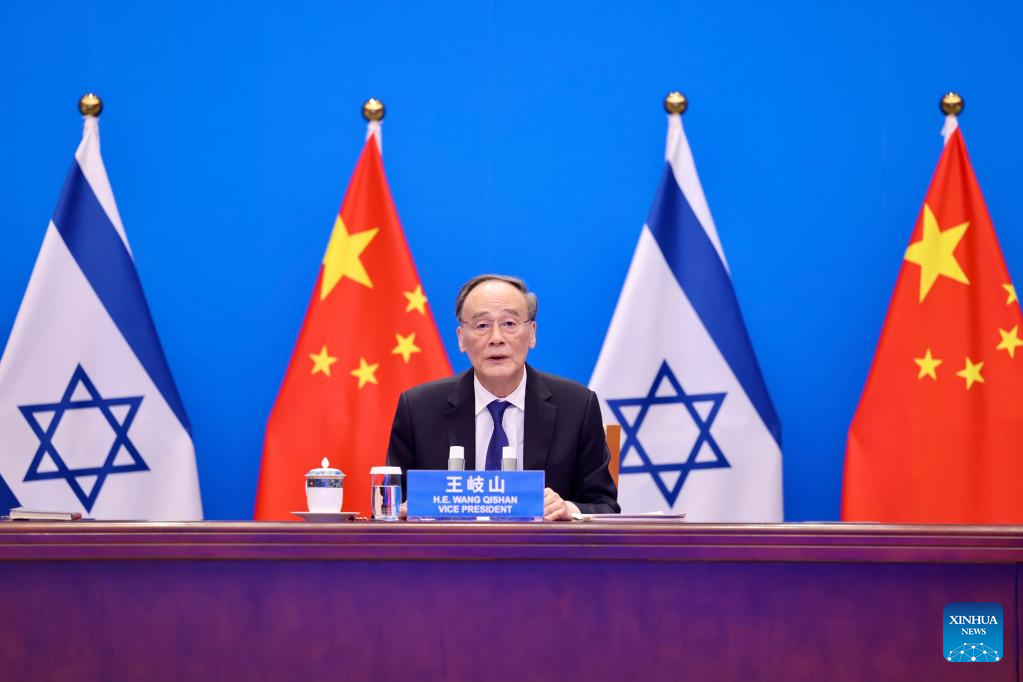 Wang said that, since the implementation of the China-Israel Innovation Cooperation Action Plan (2018-2021), the two sides have strengthened innovation guidance and institutional guarantees, deepened pragmatic cooperation and promoted personnel exchanges.

Hailing the continuous deepening of bilateral relations and cooperation, and the fact that the China-Israel innovative comprehensive partnership has entered a new stage, Wang called on the two sides to follow the instructions of the two heads of state and view the important role of the China-Israel JCIC from a strategic perspective, while taking the 30th anniversary of diplomatic ties as an opportunity to enhance political mutual trust and expand people-to-people and cultural exchanges.

He also expressed hopes that the two sides will promote the implementation of important consensuses and major projects, conclude the free-trade negotiations within the year, synergize innovation ideas and resources, and strengthen cooperation in such areas as vaccine and drug research and development, so that China-Israel innovation cooperation in various fields can flourish and play a greater role in promoting the economic and social development of the two countries while enhancing people's well-being.

For his part, Lapid said that Israel is willing to work closely with China to give full play to the role of the JCIC and promote innovation cooperation between Israel and China to better benefit the two peoples.