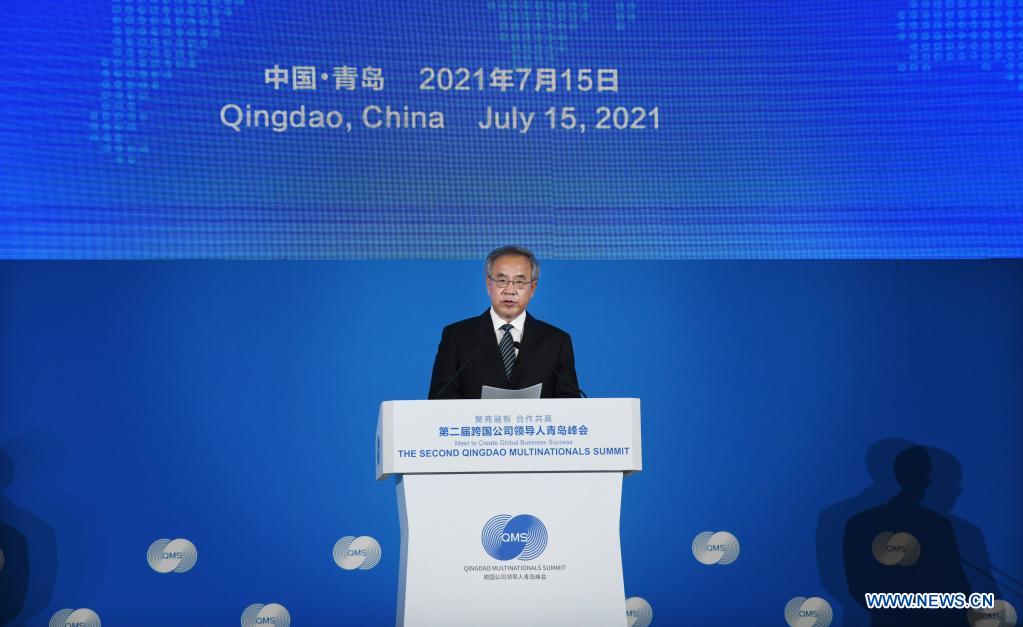 Hu, also a member of the Political Bureau of the Communist Party of China Central Committee, made the remarks while attending the opening ceremony of the second Qingdao Multinationals Summit held in the coastal city of Qingdao in east China's Shandong Province.

In the process of China's reform, opening-up, and socialist modernization, multinational companies have made important contributions and achieved steady growth in the Chinese market, Hu said.

These companies have weathered the storm of the COVID-19 pandemic with the Chinese economy and made positive contributions in epidemic prevention and control and promoting economic and social development, he added.

China's massive market will create more opportunities, and higher-level opening-up will provide a broader stage for enterprises of all forms of ownership. The country will keep optimizing its business environment and increase the resilience of industrial and supply chains, Hu said.

He hoped multinational companies would further enhance their confidence in the Chinese economy, better cultivate the Chinese market, and share the opportunities of China's development. Enditem