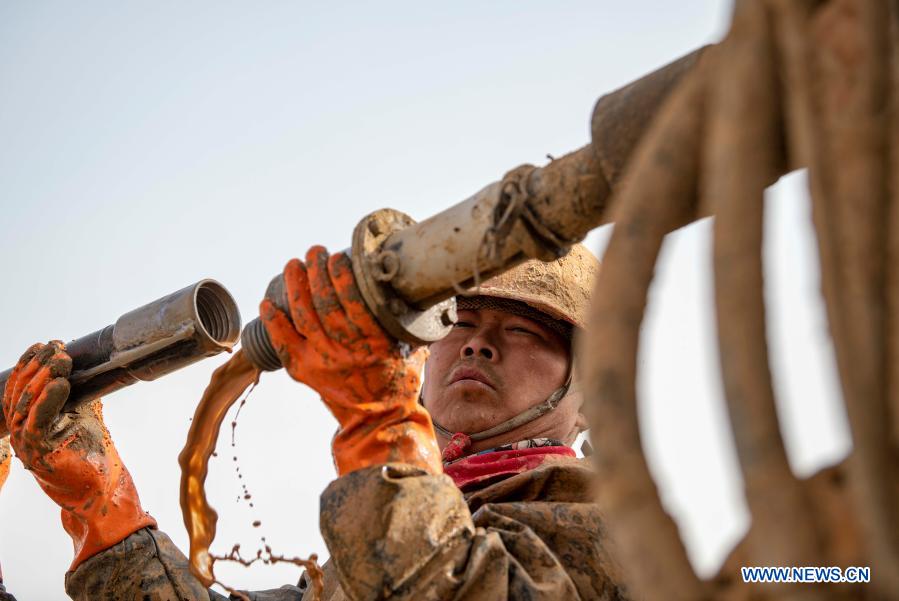 A worker of the geophysical survey team installs the drill pipe in the Taklimakan Desert, northwest China's Xinjiang Uygur Autonomous Region, Feb. 24, 2021. Taklimakan Desert, located in the Tarim Basin of northwest China's Xinjiang Uygur Autonomous Region, is a major petroliferous region in China and one of the most difficult to explore due to its harsh ground environment and complicated underground conditions. To explore the oil and gas resources requires multiple processes including conducting geophysical survey, so as to collect seismic data to lay a solid foundation for further exploration. To perform the task, workers and researchers here have to overcome various challenges and difficulties posed by nature. Every year, lots of workers from China's Yunnan, Qinghai and Gansu provinces come here to start geophysical survey work from October to March in the next year, the most favorable time. (Xinhua/Hu Huhu)