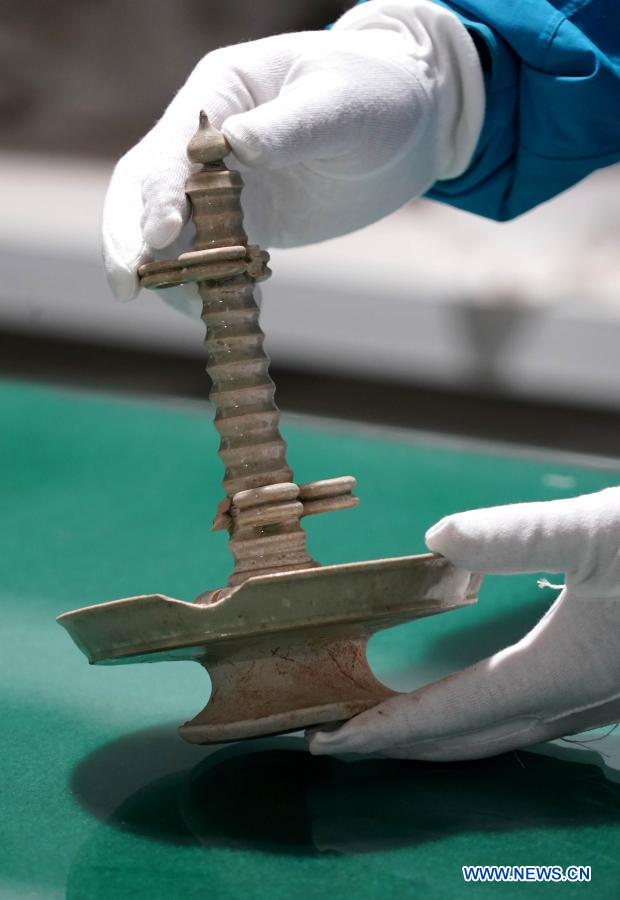 Photo taken on Dec. 24, 2020 shows a porcelain candlestick uncovered from a tomb dating back to the Sui Dynasty (581-618) in Anyang, central China's Henan Province. Archaeologists have discovered a 1,400-year-old tomb containing a white marble bed in central China's Henan Province, where elements of both Buddhism and a Persian religion have been found. The brick tomb dating back to the Sui Dynasty (581-618) was found in Long'an District in the city of Anyang, said Jiao Peng, director of the excavation department under the city's research institute of cultural relics and archaeology. The bed provides material information for the study of carving techniques in the Sui Dynasty, and is of great significance to the study of the development, the shape evolution and the hierarchical use of stone beds inside tombs in China, said Jiao. The institute began excavating the tomb in April 2020, and more than 120 items including stoneware and earthenware have been uncovered. (Xinhua/Li An)