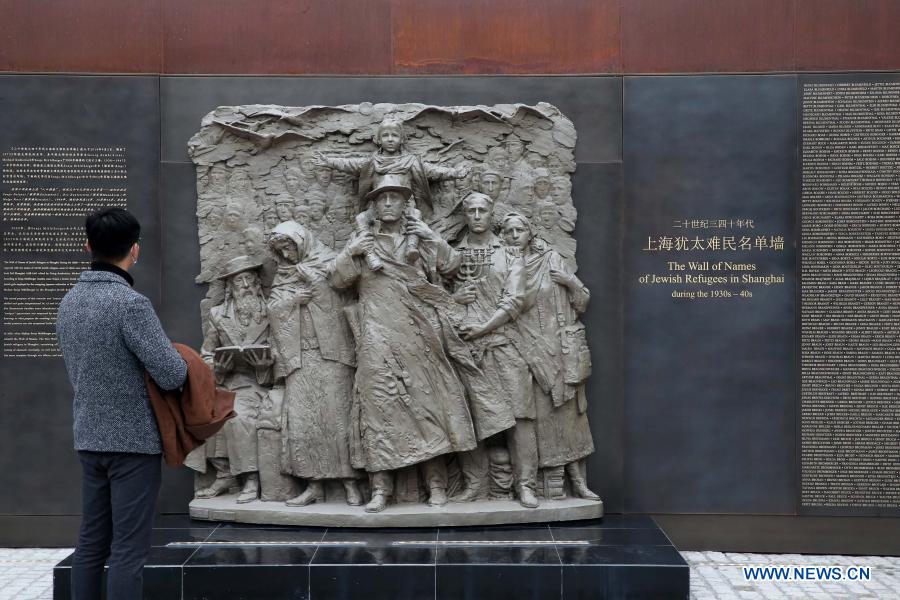 The Shanghai Jewish Refugees Museum, which commemorates the Jewish refugees who lived in the city during the Second World War after fleeing Europe, reopened Tuesday following expansion and renovation works.

The total area of the museum has been expanded from some 900 square meters to more than 4,000 as part of the refurbishment project that began in early 2019, said Chen Jian, curator of the museum.

New names have been added to the refugee list inscribed on a wall of the museum, increasing it to 18,578 from 13,732, and the number of exhibits has also been increased from 150 to nearly 1,000, Chen added.

Some of the exhibits were donated by the refugees and their descendants, including a washboard that was used in the refuge back then.

Laurence Tribe, born in Shanghai in October 1941, hailed the museum's reopening via a video message.

"I owe my life to Shanghai's refuge... My parents were Jewish refugees from the Holocaust...and my rest of life was possible because that harbor was made available," said Tribe, now a professor at the Harvard Law School, Harvard University.

Tens of thousands of Jewish refugees fled to Shanghai during the Second World War, and mostly settled in an area in the northern part of the Suzhou River. They escaped Nazi atrocities and established a deep friendship with the Chinese people. Enditem