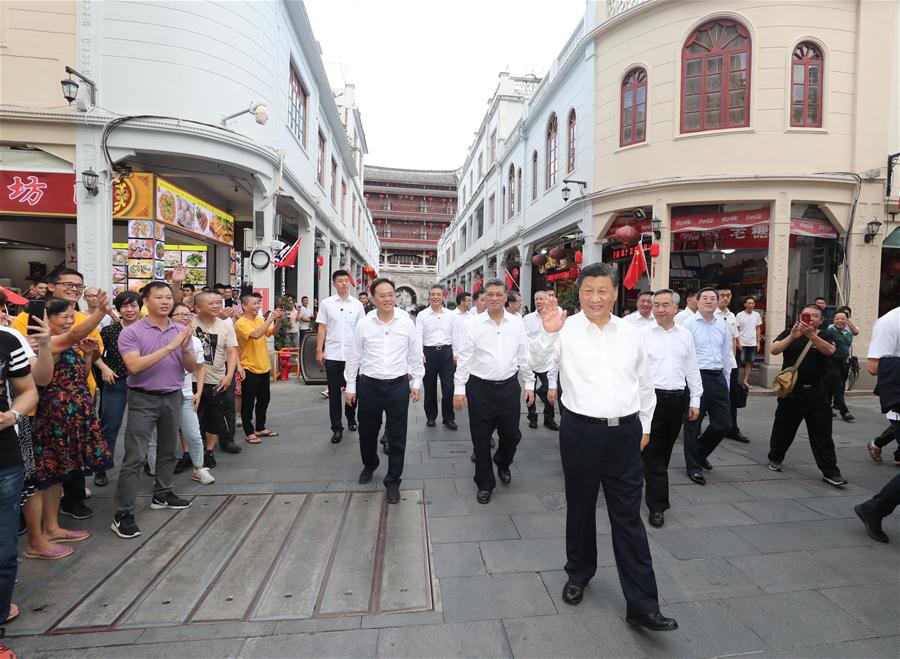 Xi Jinping, general secretary of the Communist Party of China Central Committee, on Monday arrived in southern China's Guangdong Province to begin an inspection tour of the province.

In the city of Chaozhou, Xi visited local cultural and historical landmarks, including an ancient bridge, an ancient gate tower and a street lined with ancient memorial archways, to check the restoration and protection of cultural relics, the inheritance of intangible cultural heritage and the development of cultural and tourism resources.