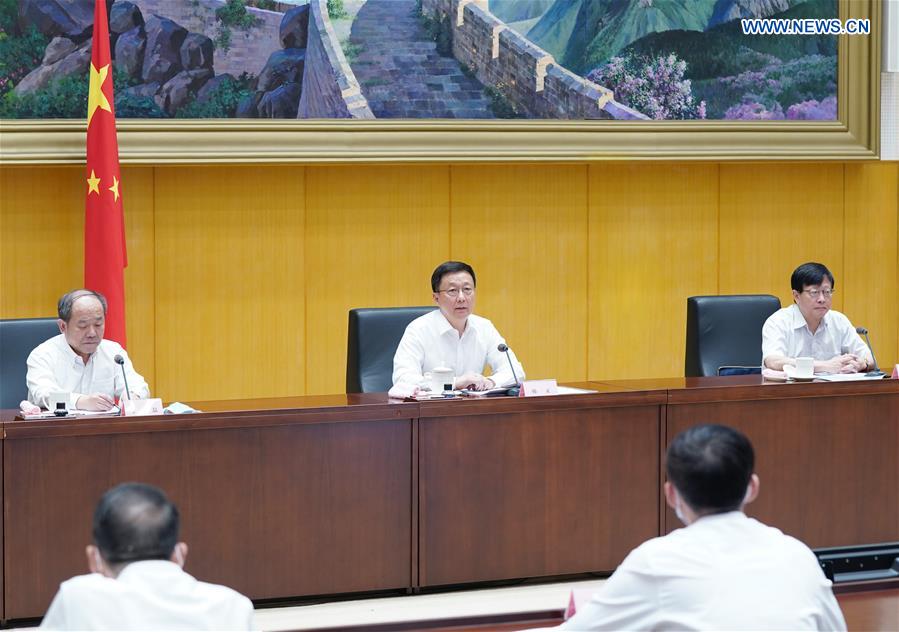 Chinese Vice Premier Han Zheng, also a member of the Standing Committee of the Political Bureau of the Communist Party of China Central Committee and head of a leading group for China's seventh national population census, addresses a teleconference on the census in Beijing, capital of China, July 29, 2020. (Xinhua/Wang Ye)

Han, also a member of the Standing Committee of the Political Bureau of the Communist Party of China Central Committee, made the remarks while addressing a teleconference on the census.

He urged efforts to ensure the provision of funds and materials for the census, while completing the selection and training of census staff, along with the registration and alteration of households, as well as the mapping of census zones to lay a solid foundation for the registration work.

To guarantee the authenticity and accuracy of the census data, electronic data collection should be fully adopted, executive records should be used effectively and on-the-spot registration should be well-organized, Han said.

He also called for conducting the census in accordance with the law, strictly protecting the personal information of respondents and strengthening mass mobilization to raise public awareness and support.

China will carry out its seventh population census this year, according to a government work report delivered by Premier Li Keqiang at the annual national legislative session. Enditem