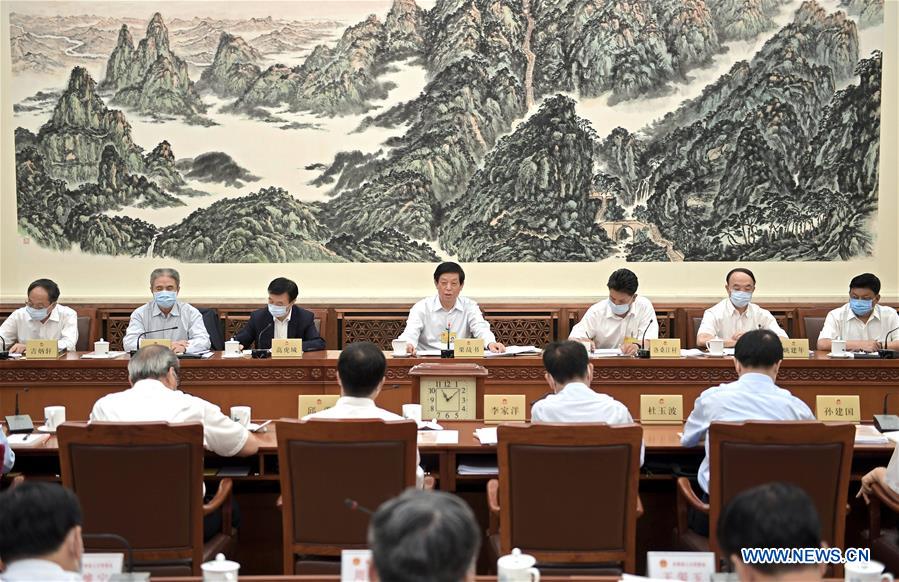 Members of the NPC Standing Committee, some NPC special committee members and NPC deputies, including deputies from the HKSAR, joined the deliberation.

The draft law and a deliberation report, which were submitted by the NPC Constitution and Law Committee to the session, have had opinions from all sectors, including those from people of all walks of life in Hong Kong, fully studied and solicited, embodied the spirit of the related NPC decision and responded to the concerns of related parties, lawmakers said.

The draft, under the second reading at the session, has more accurate descriptions and more targeted and executable measures, and is in line with the actual situation in the HKSAR, they said.

Lawmakers called for prompt efforts to adopt the law and promulgate and enact it in the HKSAR, which will effectively fix the legal loopholes, lack of related systems and the weak links for the HKSAR to safeguard national security, effectively combat related criminal acts and activities and safeguard national security, as well as help maintain the prosperity and stability of the HKSAR, and protect the legitimate rights and interests of HKSAR residents. Enditem