China is a firm supporter of UN: Chinese UN ambassador 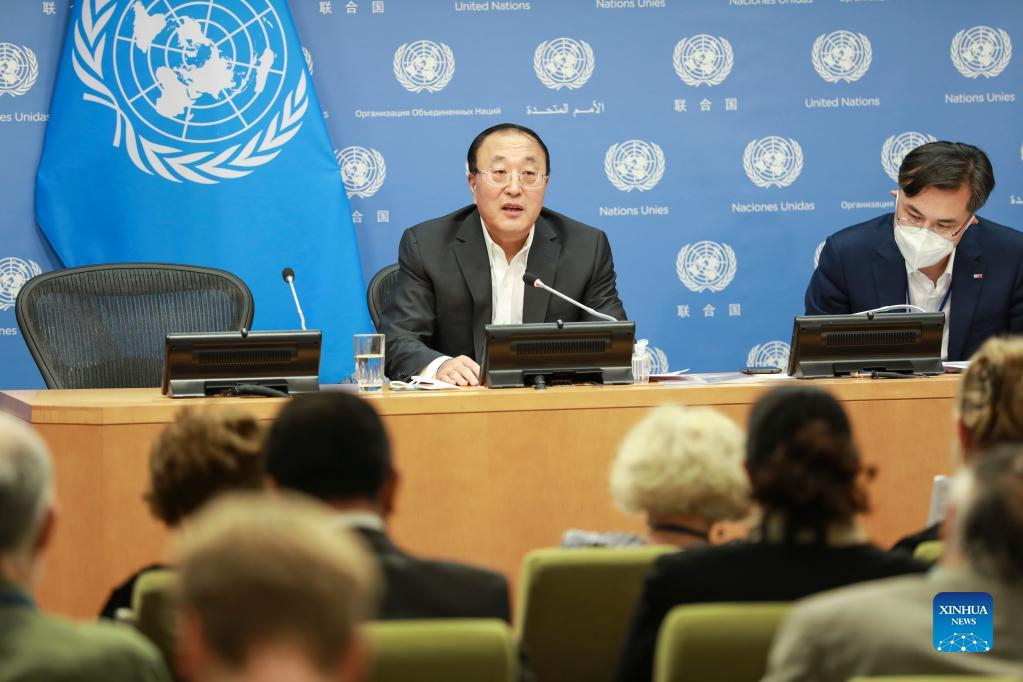 Zhang Jun, China's permanent representative to the United Nations, speaks at a press briefing on China's Security Council presidency for the month of August at UN Headquarters in New York on Aug. 1, 2022. (Xinhua/Xie E)

China is a firm supporter of the United Nations in its role in addressing global challenges, upholding peace and security, and promoting common development, said Zhang Jun, China's permanent representative to the United Nations, on Monday.

In a press briefing on China's Security Council presidency for the month of August, Zhang said that the United Nations is a banner of multilateralism and a symbol of collective strength and that its role will remain irreplaceable no matter how the international situation may change.

However, he said, the United Nations does not exist in a vacuum. The strength of the world body originates from the support and contribution of its member states. In this regard, major countries, in particular, should take the lead in carrying out their obligations and playing a responsible role, he said.

He said China is committed to practicing true multilateralism.

As UN Secretary-General Antonio Guterres has said, the partnership with China is an important pillar of the United Nations and multilateralism. China is committed to safeguarding world peace and security. China firmly champions the basic norms of international relations based on the purposes and principles of the UN Charter. China believes that hotspot issues must be solved politically, and fully supports the mediation efforts of the UN secretary-general, he said.

China has been making unremitting efforts in advancing the UN development agenda. China has achieved the poverty reduction goal in the 2030 Agenda 10 years ahead of schedule. China's Global Development Initiative injects fresh impetus to achieving the Sustainable Development Goals, addressing the global food crisis and inequality and imbalance in global development, thus making China's contribution in this regard, he said.

China is taking concrete climate action. As the largest developing country, China strives to achieve carbon peak before 2030, and carbon neutrality before 2060. This will be the world's fastest transition from carbon peak to neutrality, said Zhang.

"We know this will be a huge task and requires enormous sacrifices, but we will honor our commitment," he said.

Noting that China has been actively carrying out its financial obligations to the United Nations, he said China is the second-largest contributor to the UN regular budget and peacekeeping assessments.

Despite arduous tasks at home in addressing the pandemic, developing the economy and improving people's livelihood, China still manages to overcome these difficulties and pays its dues and assessments in full and on time, offering strong resource support for the UN's work and its peacekeeping efforts, he said.