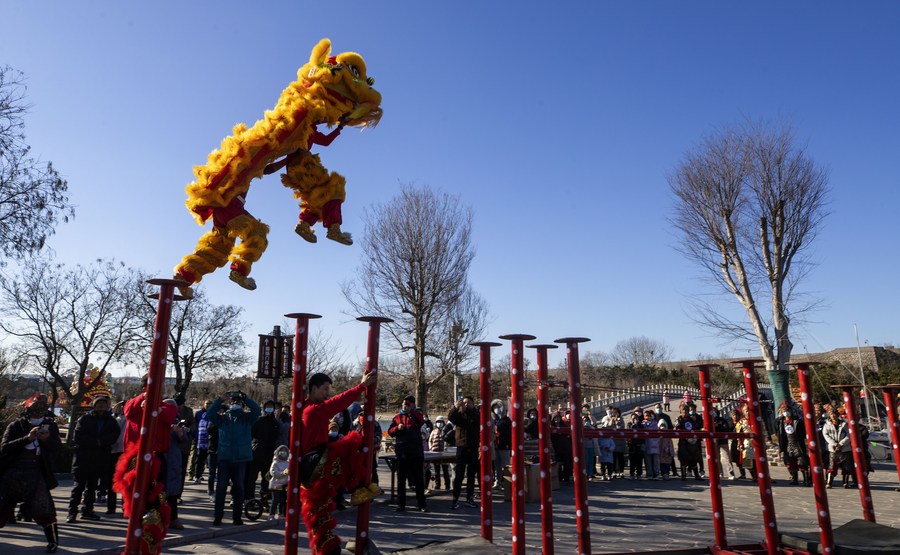 Animation comedy "I Am What I Am" has become the top-scoring film in audience satisfaction among Chinese movies screened during the 2021 year-end and 2022 New Year's Day moviegoing period.

It earned 85.6 out of 100 points in the latest survey co-conducted by the China Film Art Research Center. It outshone the tear-jerker film on China's COVID-19 battle "Embrace Again," a comedy about the romance of middle-aged groups "B for Busy," and crime thriller "Fireflies in the Sun."

Before the survey result release, the animated movie had already won applause from critics and moviegoers alike for not only bringing "lion dance," a folk art belonging to China's intangible cultural heritage, to the big screen but also for its realistic, worldly approach.

Unfolding from a brief introduction to lion dance (a centuries-old Chinese folk dance performed to celebrate Lunar New Year), it follows an underdog teenager in Guangdong, southern China. He joins hands with two friends to pursue a dream against all odds -- becoming the best lion dance performer.

Rao Shuguang, president of the China Film Critics Association, in an interview with Xinhua, said the "down-to-earth" film signals a change of direction in Chinese animated filmmaking. It draws inspiration from ordinary people struggling to make miracles happen in daily life instead of gods in mythology stories.

It makes sense because major animated titles released in recent years, including "Ne Zha," "Jiang Ziya: Legend of Deification," and "White Snake," are based on ancient mythology.