Why does Xi care about two rare cat species?

-- During a deliberation at the annual session of the 13th National People's Congress (NPC) on March 7, Kong Qingju, an NPC deputy from northwest China's Qinghai Province, showed photos of two big cats -- a snow leopard and a Chinese desert cat -- to President Xi Jinping.

-- Xi has stressed concrete efforts to give priority to ecology, promote high-quality development and create a high-quality life.

-- After recent years of intensive restoration efforts, the populations of snow leopards, Tibetan wild donkeys, white-lipped deer and alpine musk deer have been expanding as the quality of their habitats was significantly improved. Photos of two cute big cats from the Qinghai-Tibet Plateau shown during the annual session of the 13th National People's Congress (NPC) attracted many fans.

During a deliberation at the session on March 7, Kong Qingju, an NPC deputy from northwest China's Qinghai Province, showed photos of the two cats -- a snow leopard and a Chinese desert cat -- to President Xi Jinping. 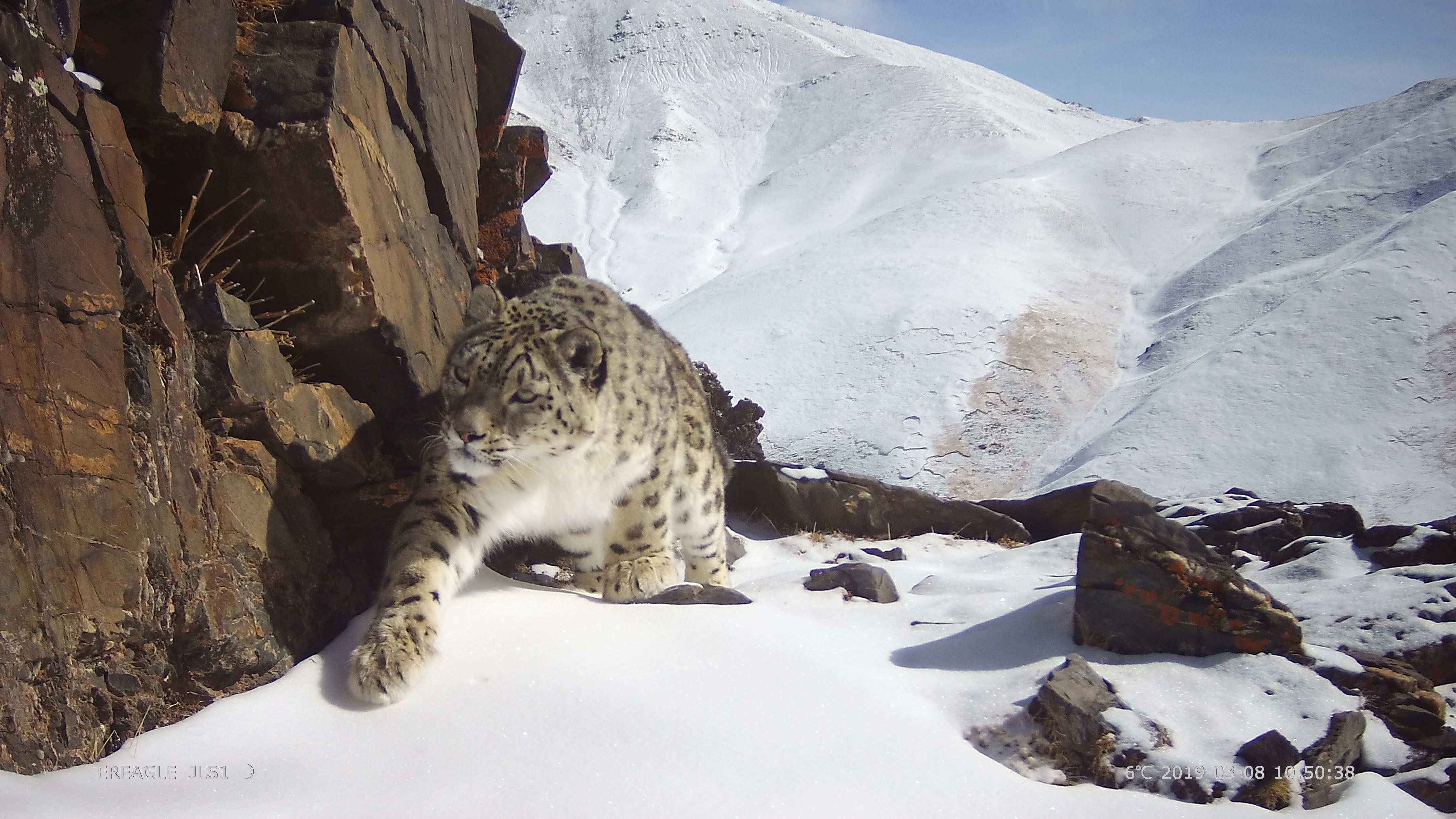 "Rare species that we rarely saw before are now showing up," said Kong, an education official in Menyuan Hui Autonomous County, Qinghai, who grew up at the foot of the Qilian Mountains. Now, local farmers turn to tourism, environment-friendly farming, husbandry or special agricultural industries which have raised their incomes.

The two kinds of rare cats are both on the country's top protection list and also "star species" in the Qilian Mountains National Park. 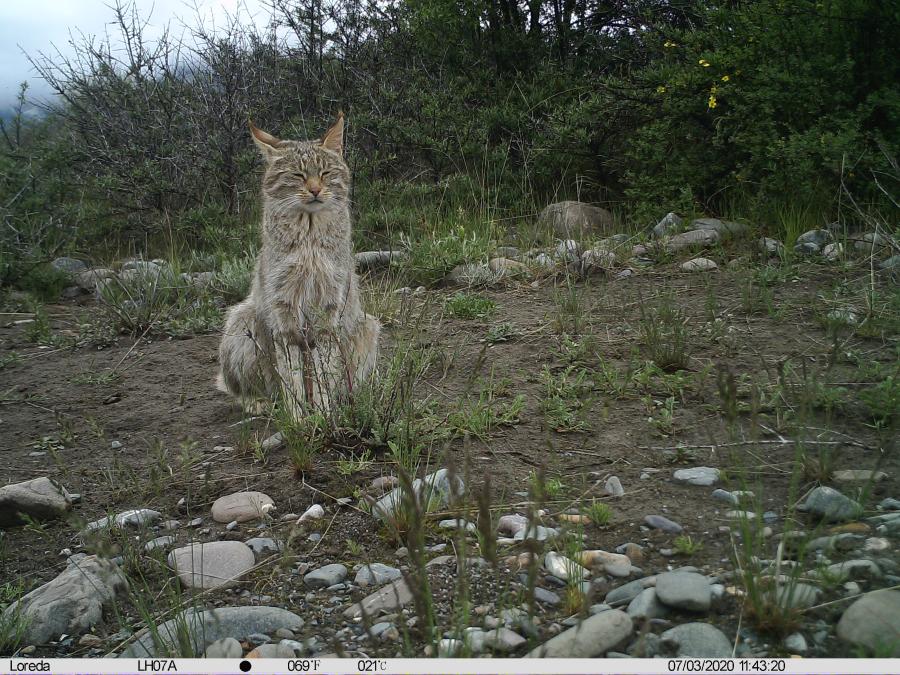 "This shows that ecological protection efforts have worked," said Xi, also general secretary of the Communist Party of China (CPC) Central Committee and chairman of the Central Military Commission, during his discussion with lawmakers from Qinghai. "The people's awareness of ecological protection has also been strengthened, and they have seen the economic value of ecology itself."

He stressed concrete efforts to give priority to ecology, promote high-quality development and create a high-quality life.

The Qilian Mountains is a major vast mountain range standing across the border of Gansu and Qinghai provinces, with an average altitude of over 4,000 meters. The range is an important water source of the Yellow River, China's second-longest, and a key ecological shield in western China. 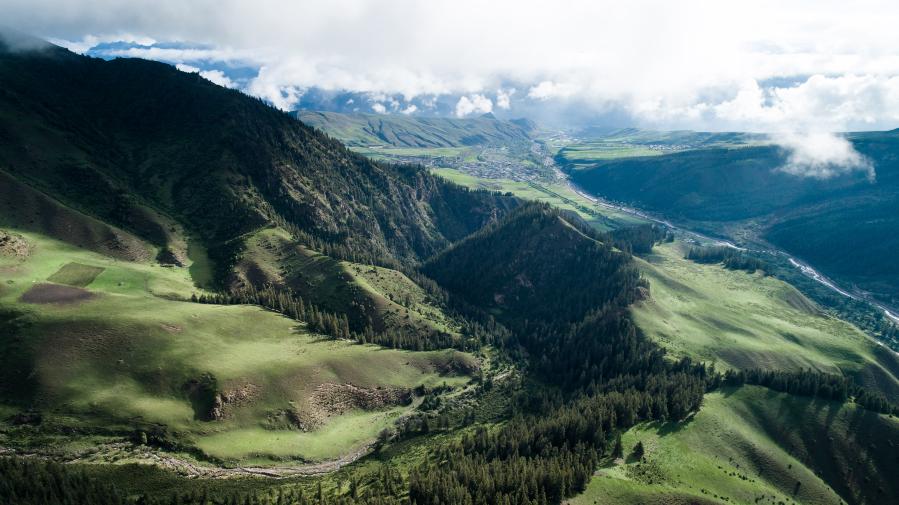 Due to prominent problems such as over-exploitation of mineral resources, illegal construction and operation of hydropower facilities and excessive emissions by local enterprises, the ecological environment of the Qilian Mountains suffered serious damage for a period of time, which aroused high attention from the central authorities.

Xi made important instructions several times on tackling the long-standing environmental violations in the Qilian Mountains, demanding resolute rectifications. In 2017, the central authorities punished senior officials of Gansu for their failure to undertake their duties.

He inspected the ecological restoration and protection work during an inspection tour in Gansu in 2019.

Qinghai has given priority to ecological protection and green development to better protect the ecology of the Qinghai-Tibet Plateau and meet people's aspirations for a better life.

The Qilian Mountains National Park covers 50,200 square km -- 34,400 square km in Gansu and 15,800 square km in Qinghai. It is home to many rare animal species, including snow leopards, wild donkeys and blue sheep.

After recent years of intensive restoration efforts, the populations of snow leopards, Tibetan wild donkeys, white-lipped deer and alpine musk deer have been expanding as the quality of their habitats was significantly improved.

In Namse township of Yushu Tibetan Autonomous Prefecture in Qinghai, where the Lancang River flows through, 45 snow leopards have been spotted, and the township is thus dubbed as the "hometown" of snow leopards due to the frequent sightings of the big cat species. 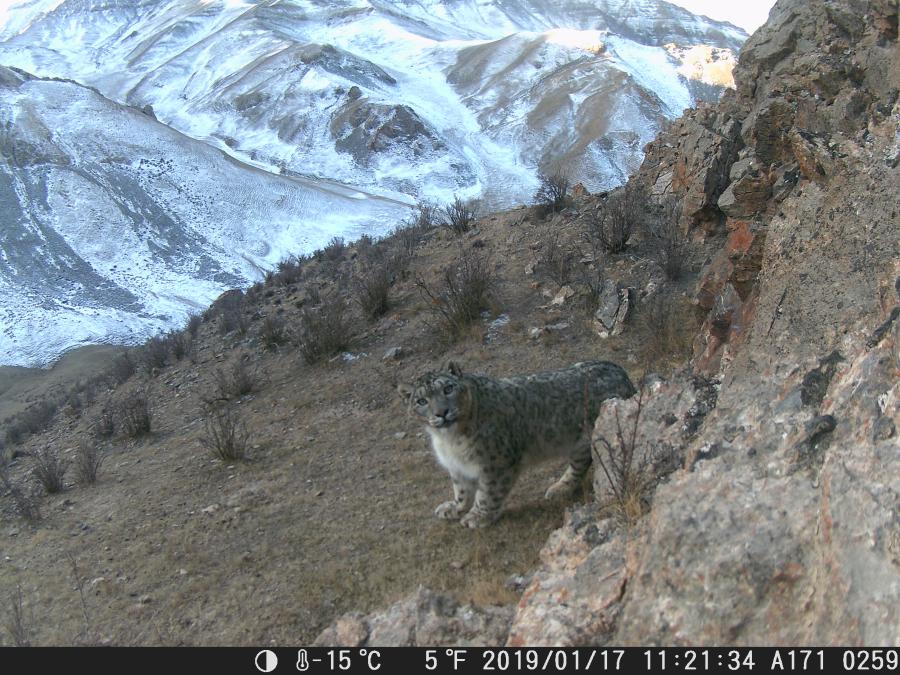 The township has piloted a franchise business model for tourism, training some herdsmen to serve as ecological guides to host visitors from around the world.

Forty-five percent of the franchise business revenue goes to the herdsmen, another 45 percent to the village and the remaining 10 percent to an ecological protection fund. The guides can earn some 10,000 yuan (about 1,540 U.S. dollars) a year.

Zhoima, a Tibetan woman living in Babao Township of Qilian County, Qinghai, recalled that the county, which is rich in mineral resources, used to be clustered with asbestos factories.

"The factories greatly affected the herders' lives," she said. "Whenever they operated, grey dust covered the whole pasture. When the sheep were slaughtered, asbestos residue was found in their intestines."

Since 2017, Qilian county, which is part of the Qilian Mountains National Park, has spent 613 million yuan on the ecological restoration project to bring back the original look of the mountains. 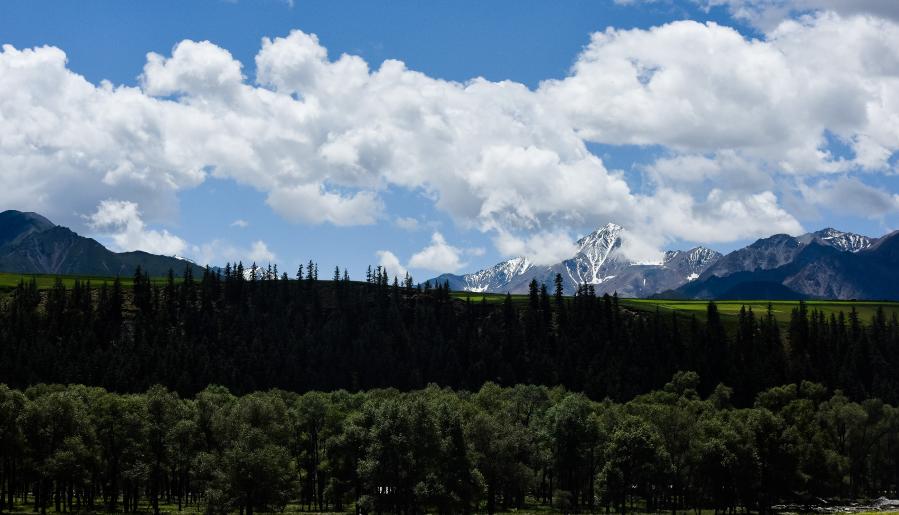 Herders who live nearby have also taken on new roles to protect the grassland as the province has offered ranger jobs for them.

Data provided by the Qinghai forestry and grassland administration shows that about 17,200 rangers in the province have an annual per-capita income of 21,600 yuan.

In 2020, the province offered about 1.88 billion yuan of subsidies to the farmers and herders in an ecological compensation program.

Experts noted that the concept of green development, while benefiting people, has become an important value to lead the construction of beautiful China and even to promote green and sustainable development globally.

"It is our eternal pursuit to promote harmony between man and nature and seek eco-friendly development. We will stick to the people-centered development concept, make Qinghai more beautiful and bring more benefits to the people," said Liu Tao, vice governor of Qinghai.