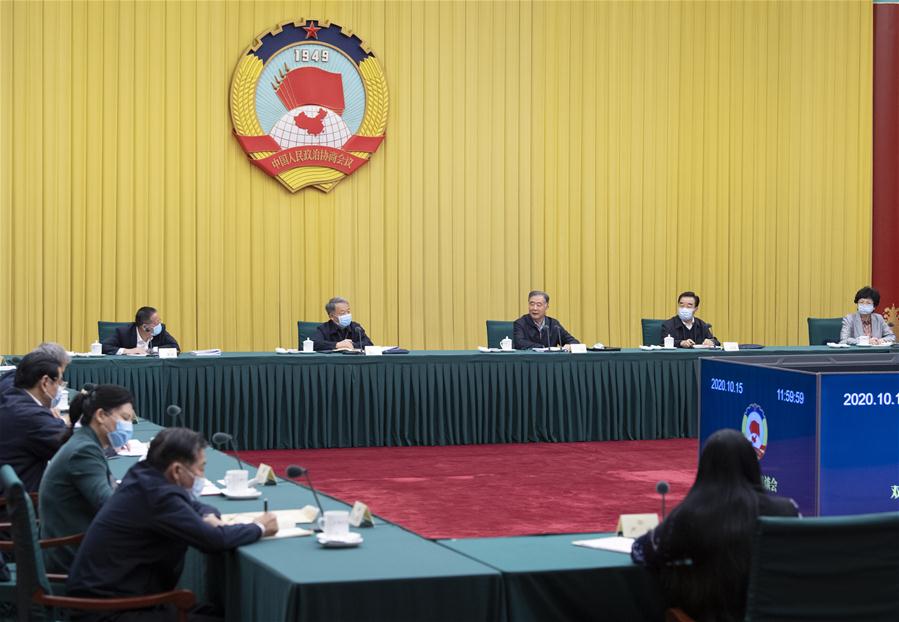 Wang Yang, a member of the Standing Committee of the Political Bureau of the Communist Party of China Central Committee and chairman of the Chinese People's Political Consultative Conference (CPPCC) National Committee, presides over the 41st biweekly seminar held by the 13th CPPCC National Committee in Beijing, capital of China, Oct. 15, 2020. (Xinhua/Gao Jie)

China's national political advisors held discussions Thursday aimed at smoothing channels to promote the sale of farm produce, putting forward a number of suggestions to improve the management of production and distribution.

The supply of farm produce remains sufficient and prices are stable amid the COVID-19 epidemic, but sales are still hampered by asymmetric information and inadequate infrastructure, according to the seminar attendees.

The political advisors suggested building an information-monitoring platform covering the whole chain of production, circulation and consumption, as well as supporting contract farming, in a bid to avoid excessive production.

They also proposed bolstering e-commerce in rural areas, as part of efforts to facilitate the flow of agricultural produce to the cities.

Relevant infrastructure should be improved, said the advisors, noting that preferential policies should be fully delivered and weak links in cold-chain logistics should be shored up. Enditem