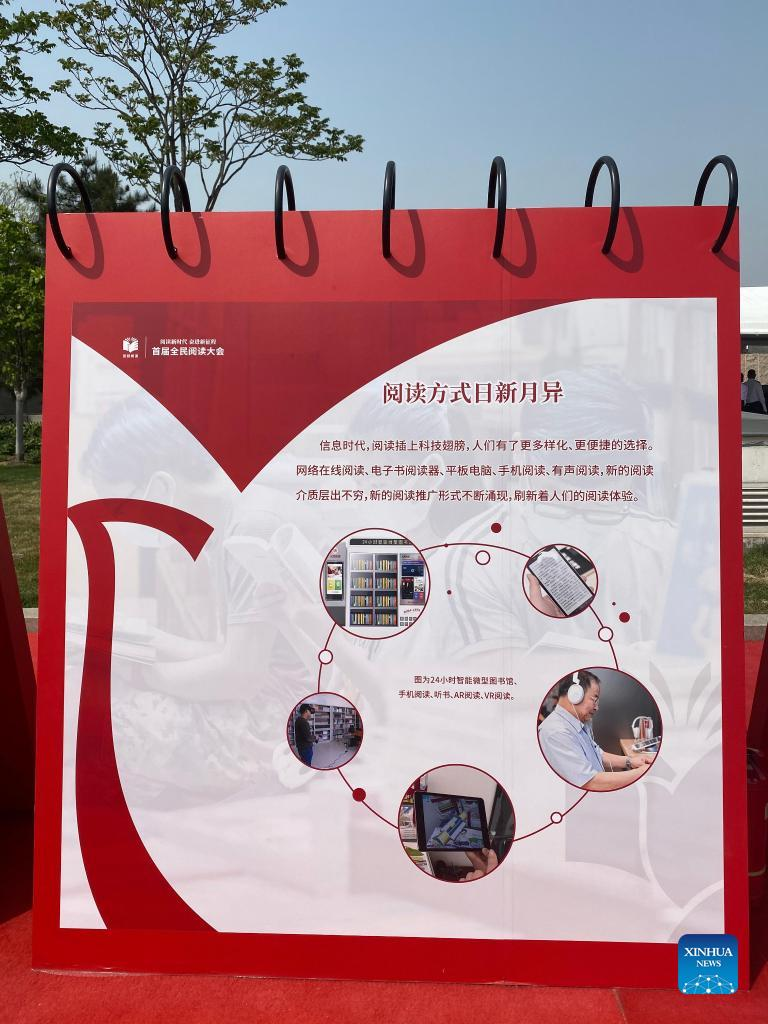 A board displaying new forms of reading is pictured during the first National Conference on Reading in Beijing, capital of China, April 23, 2022. (Xinhua/Luo Xin)

Cheng Zhiwu, a 70-year-old from central China's Hubei Province, has downloaded some 600 digital books on a reading App on his tablet computer.

"I've found so much joy in reading or listening to digital books as a way to keep up with the times and enrich my golden years," said Chen, adding that he spends some four to five hours a day on the reading App.

The first National Conference on Reading concluded in Beijing on Monday with digital reading taking the spotlight. With advances in technology and the popularization of the mobile internet, digital reading has become a new driving force to encourage people of all ages in China to read.

According to the China digital readership report 2021 released during the conference, the number of digital book readers in China reached 506 million in 2021, up 2.43 percent year on year.

As a growing trend, audio reading attracted over 800 million active users in China last year, an increase of 230 million over 2020, said Fan Weiping, president of the China Federation of Radio and Television Associations.

Noticeably, audio reading functions as a bridge over the "digital gap" for elderly readers like Cheng, and a number of e-book platforms have focused on optimizing the audio reading experience.

"We provide personalized book lists for aged members, and the AI technologies we utilize can convert text into audio content in real-time without the need for human voice recording," said Liu Xin, general manager of Migu Culture Technology Co., Ltd while introducing a tailored version of their reading App for elderly.

Meanwhile, young people still dominate China's digital reading market. Over 70 percent of digital book readers were under the age of 25 in 2021, the aforementioned report shows.

Digital reading has also helped with the popularization of classic books among the young. Cheng Wu, CEO of China Literature, said that last year, the Analects of Confucius was the most popular e-book on its platform with nearly 30 million views, and more than 80 percent of its readers were under 30 years old.

China's digital reading products, especially online literature, have become more and more popular in overseas markets. Over 400,000 Chinese digital books were released abroad last year, with fantasy and martial arts among the most popular themes, according to the industry report.

"In the future, the digital reading experience will be further transformed," said Liu with Migu. "A book will no longer be just a book. It will be a constant flow of thinking, writing, sharing, socializing, marketing, and other activities." - 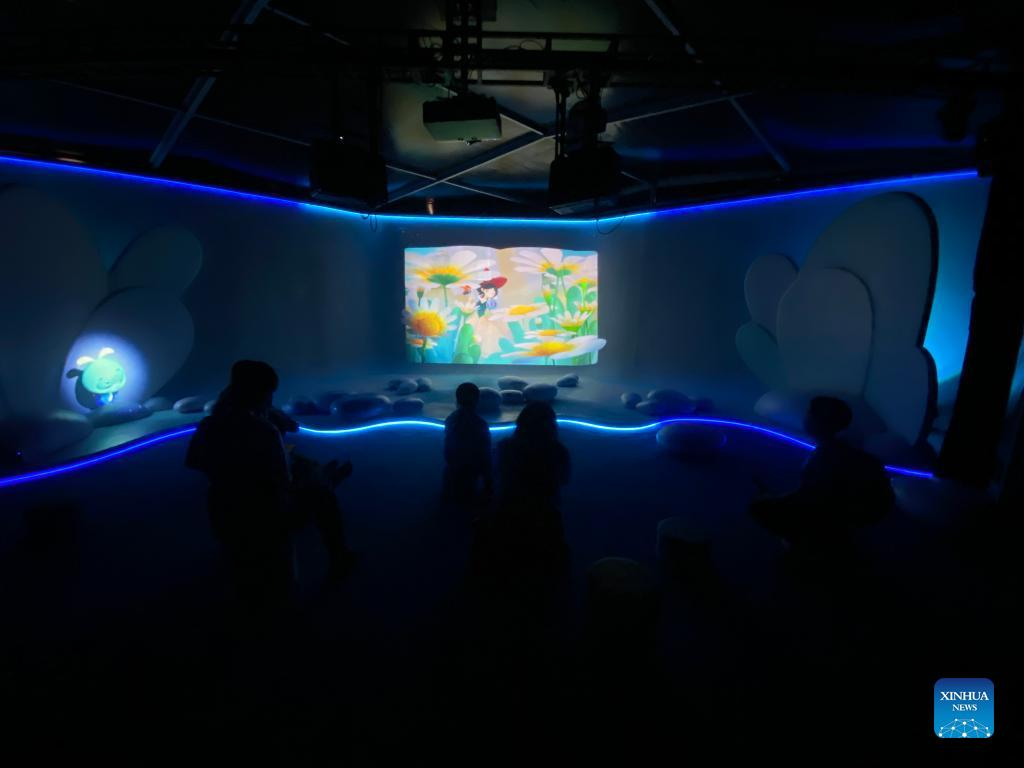