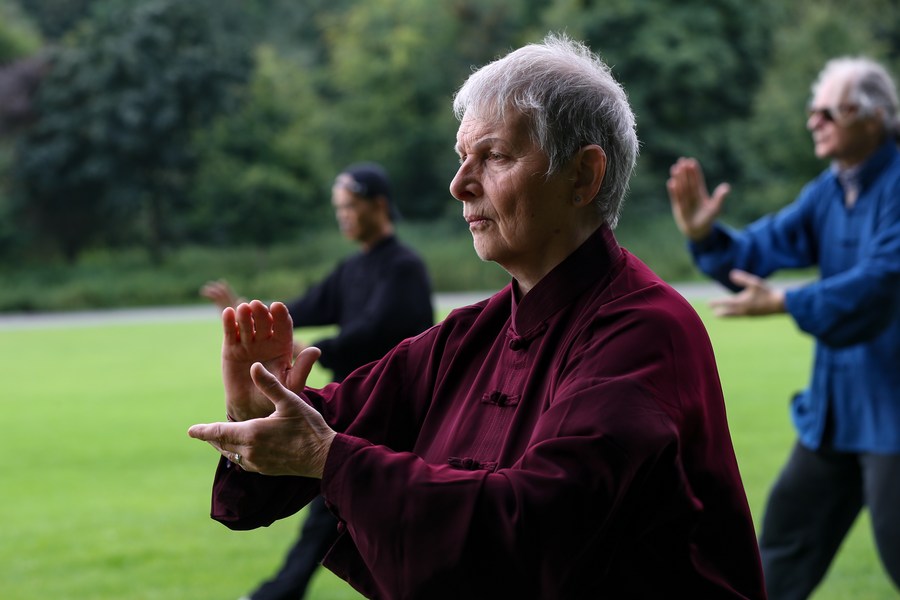 BEIJING, April 7 (Xinhua) -- Chinese researchers have found that stroke survivors who practiced a seated form of Tai Chi had equal or greater improvement in their athletic ability than those participating in a standard stroke rehabilitation exercise.

The study published Thursday in the journal Stroke, a peer-reviewed flagship journal of the American Stroke Association, mentions a sitting routine of Tai Chi exercises for people who had a recent stroke and experienced hand and arm weakness or partial paralysis.

Tai Chi, a centuries-old Chinese martial art and now a popular form of exercise, involves a series of slow gentle movements and physical postures, a meditative state of mind, and controlled breathing.

"We revised the Tai Chi movements for people who have weakness or partial limb paralysis," said Zhao Jie, from Yunnan University of Traditional Chinese Medicine who is the lead author of the study. "It has been tailored so that participants can move one arm with the help of the healthy arm."

Researchers recruited 160 adults with an average age of 63 years who had suffered their first-ever ischemic stroke within six months of joining the study and retained their use of at least one arm.

Among the participants, half were randomly assigned to the sitting Tai Chi program, and the other half were part of the control group that took part in a standard stroke rehabilitation exercise program.

Sixty-nine people in the sitting Tai Chi group and 65 people in the control group completed the 12-week training program and 4-week follow-up.

Those in the sitting Tai Chi group showed better hand and arm function and sitting balance control, and compared with the control group, they had significant reductions in symptoms of depression, better shoulder range of motion, and significant improvements in activities of daily living and quality of life, according to the study

The results have demonstrated that the mind-body practice is an effective way to enhance balance, coordination, strength and flexibility, particularly for stroke survivors with hand and arm weakness or partial paralysis, the researchers said. -