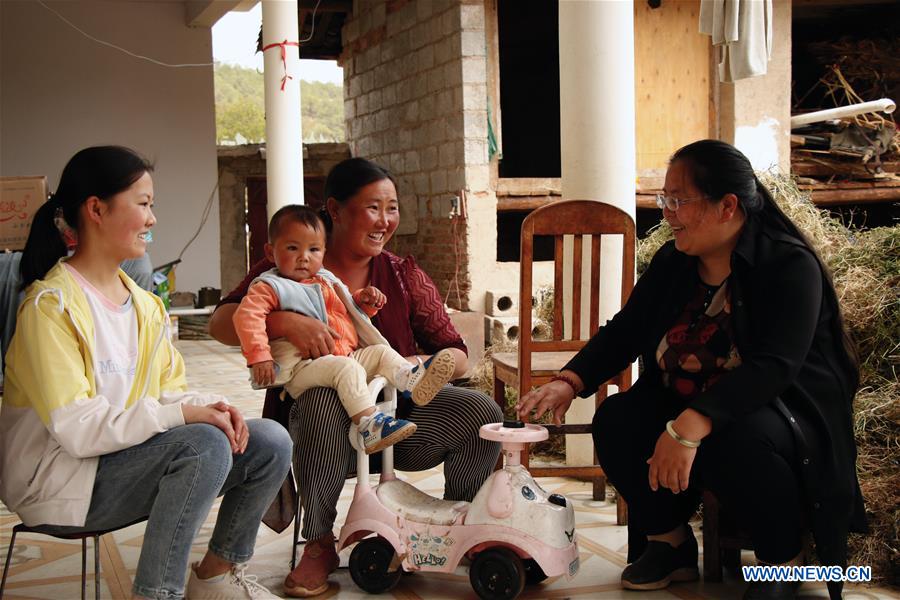 Hu Aluo was occupied during this year's May Day holiday, busy visiting township clinics and talking to doctors and nurses to get first-hand information on the difficulties in their work and the situations of primary-level medical and healthcare institutions.

Hu, 43, is the director of the center for maternal and child care and family planning in Ninglang Yi Autonomous County, southwest China's Yunnan Province.

The COVID-19 outbreak has made Hu realize the lack of medical facilities in the county. "We only have an infectious disease department with limited beds in one county hospital. What if the virus spreads in villages and towns?" Hu asked.

Hu said she will make suggestions on improving primary-level medical and health institutions during the upcoming "two sessions" -- the sessions of the NPC and top political advisory body.

Seated in the middle of the Hengduan Mountains, Ninglang has long been a relatively isolated area with harsh natural conditions, and not yet come out of poverty.

"I will also suggest that the country increase its investment in infrastructure in deeply impoverished areas," Hu said.

Ma Yinping, Party chief of a village in Zhenyuan County in northwest China's Gansu Province, is delighted to see the infrastructure improvement in her hometown over the past years. Zhenyuan is one of the 52 counties yet to be lifted out of poverty.

"Infrastructure improvement is the biggest change to my village, and we are expecting a public square this year," said Ma, also an NPC deputy.

The year 2020 is the critical year for securing a decisive victory in the fight to eradicate absolute poverty and building a moderately prosperous society in all respects.

Qingheng village in southwest China's Sichuan Province used to be a severely impoverished village in the hinterland of the Daliang Mountains, and cast off poverty in 2018.

Jike Shiwu, the village's Party chief, said she will make suggestions on improving the allocation of educational resources in ethnic minority areas in Sichuan.

"Knowledge is what will get the children here out of the mountains and thus help them support their families," she said. Enditem